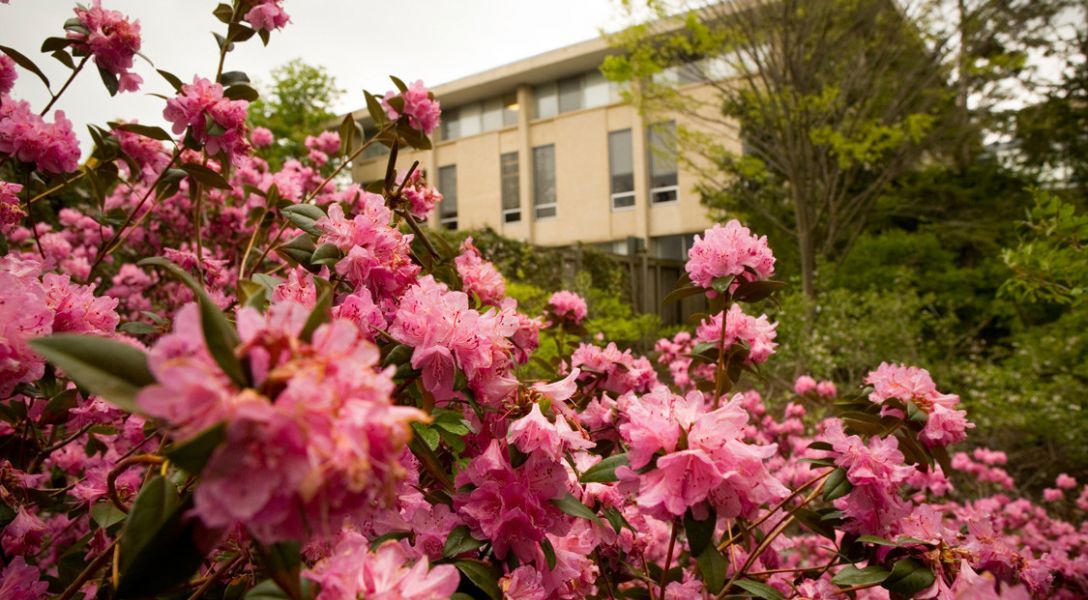 Sam Wang competes on ‘Jeopardy!’ Sept. 28
Tune in the evening of Sept. 28th to see Sam Wang, assistant professor of statistics and data science, put his trivia knowledge to that test on the quiz show “... more

Cornell Bowers CIS Hits Milestone 2,000 Majors
By Louis DiPietro for the Cornell Chronicle For the first time in its 23-year history, the Cornell Ann S. Bowers College of Computing and Information Science... more

Q&A with Dana Yang
The ILR School conducted this Q&A, which originally appeared on the School's website on August 23, 2021. Dana Yang will join the Department of Statistics... more

Wells Reappointed as Department Chair
Cornell Ann S. Bowers College of Computing and Information Science announced this Fall that Martin Wells is extending his chairship of the Department of... more

Wang - Scholar in Graphical Models, Causal Discovery - Joins Statistics and Data Science Faculty
By Louis DiPietro “The best thing about being a statistician is that you get to play in everyone’s backyard.” These timeless words from John Tukey, one of the... more

Xu Honored at UPSTAT 2021
Yuchen Xu, a doctoral student in the Department of Statistics and Data Science, received bronze honors at the annual conference of the Upstate New York... more

Cornell Statisticians, Physicians Team Up to Fight COVID-19
Through a remote collaboration, a Cornell team of physicians, PhD scientists, and statisticians — from seasoned doctors and faculty members to data-science... more

Cornell Co-leads Effort to Use Big Data to Combat Catastrophes
In March 1989, a tripped circuit in the Hydro-Québec power grid left 6 million people without electricity. A week earlier, an unusually harsh snowstorm had... more

Cornell Statistician Receives Prestigious Japan Academy Medal
Kengo Kato, an associate professor in Cornell's Department of Statistics and Data Science, has been named one of six recipients of the annual Japan Academy... more

PhD Pair Nets $20K with Win at Data Open
Grace Deng and Binh Tang are among the winning team at the recent Cornell Datathon, hosted by Citadel last month on the Cornell campus.

Cornell to Host Celebration of Stats & Data Science Conference
Cornell University once again brings together some of the best minds in the field of statistics and data science to share their latest insights and discoveries...

Statistics Trio Releases Textbook on Shrinkage Estimation
Two Cornell Statistics professors along with a Statistics alumni have teamed up on a new textbook.

Social Scientists Take on Data-driven Discrimination
Cornell's Institute for the Social Sciences has assembled an all-star squad of big-data experts across campus.

Ruppert Cowrites New Book - 'Semiparametric Regression with R'
David Ruppert, professor of statistics, is a contributor on a new textbook out now through Springer.

A Cornell Collaboration: Machine Learning in Medicine Symposium
The intercampus symposium brought together researchers and clinicians from Cornell University and Weill Cornell Medicine.

Cornell Helps Unlock Doors to Careers in Data Science
Cornell is working to prepare future data scientists with a new course offered this semester called Data Science for All.

Our MPS '17 Grads Are Now Data Scientists, Analysts and Statisticians, Earning an average $80K per year
See highlights from this year's post-graduate survey.

Survey: A Bachelor's in Statistics is a Very Wise Career Choice
A recent survey of 2016 statistics graduates undertaken by the American Statistical Association found graduates are well prepared to excel in the job market.

Mathematician Roger H. Farrell Dies at Age 88
Farrell, who joined the Department of Mathematics at Cornell as an instructor in 1959, spent his entire career at Cornell.

Glassdoor: Data Scientists are No. 3 Most In-Demand Job
Among the site's findings, there are roughly 6,800 open data science jobs, paying a median base salary of $110,000.

Giles Hooker on Statistics, Machine Learning and Uncertainty
Hooke's work is the subject of this extensive, highly recommended feature story out of Cornell Research.

Insights Shared at Career Panel for Data Science
Five Cornell alumni and affiliates discussed what a career in the statistics field is and what it isn't.

Top Job in 2017? Statistician
Statisticians are at the top of the list, again.

Bunea Named IMS Fellow
Stats Professor Florentina Bunea has been elected a fellow of the Institute of Mathematical Statistics.

Jacob Bien Earns NSF CAREER Award
Bien will develop open-source code that scientists can use to analyze their data.

Here's How Well Our MPS Grads Fared in the Job Market
See the results of the 2016 post-graduate survey.

Cornell Bowers CIS celebrates building groundbreaking
October 25, 2022 Researchers in the Cornell Ann. S Bowers College of Computing and Information Science are no strangers to groundbreaking work, and on Oct. 14... more

Grant Will Support Female Student Research in Computing
By Tom Fleischman of the Cornell Chronicle The Cornell Ann S. Bowers College of Computing and Information Science has been awarded a three-year, $300,000 grant... more

Bunea to Deliver Kick-Off Lecture at Key Stats Conference
Bunea will give the kick-off research talk at the Meeting of New Researchers in Statistics and Probability.

BSCB & Department of Statistics Commencement 2016
View and download photographs from the 2016 commencement ceremony.

Stats PhD's Research Published in JASA
Dan Kowal's paper was recently accepted for publication in the Journal of the American Statistical Association.

Science and Self-Deception: Cornell Stats PhD's Findings Highlighted in Nature Article
Michael Hu is quoted in a fascinating examination of how even scientists are prone to self-deception.

From Indifferent to Inspired: How An Unforgettable Cornell Prof Sparked One Distinguished Alum's Career in Statistics
As an engineering student in the 1960s, Bill Strawderman had all but written off any probability of a career in statistics.

Student Profiles
Find out more about what it's like to be a student in Statistics and Data Science at Cornell.

Professor Florentina Bunea Elected to IMS Council
Bunea was elected as a council member of the Institute of Mathematical Statistics (IMS).

Genetics Affects Functions of Gut Microbiome
By Chris Dawson for the Cornell Chronicle New research from Cornell scientists is exploring how human genetics impacts functions of the gut microbiome, and is... more

Cornell Bowers CIS welcomes new majors to the college
By Patricia Waldron  The Cornell Ann S. Bowers College of Computing and Information Science rolled out the red carpet at its New Majors Welcome Event, a... more