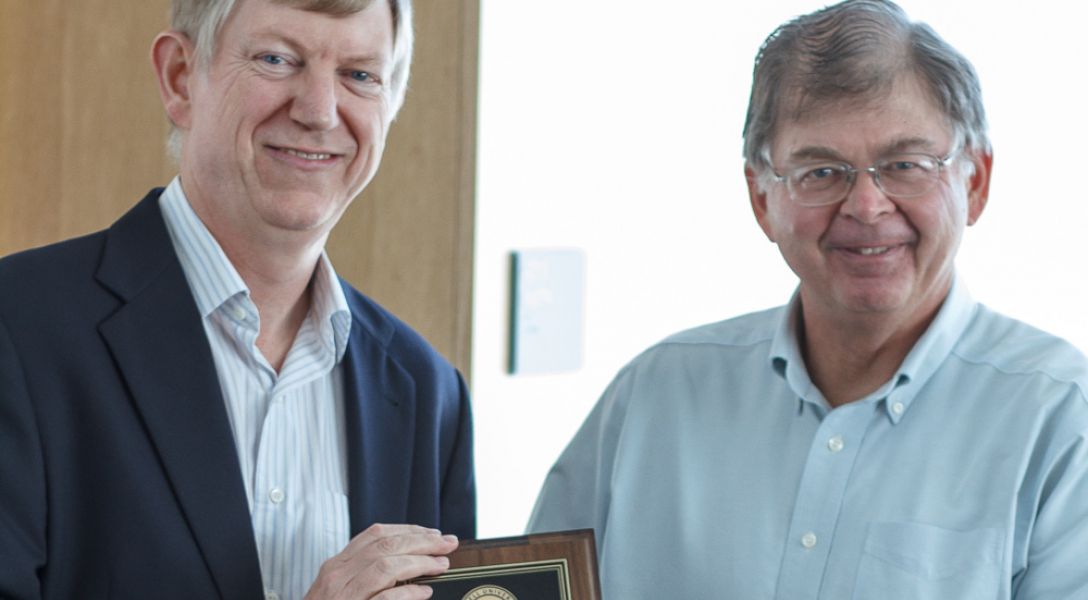 The Department of Statistical Science Distinguished Alumni Award for 2013 was given to Dr. Iain Johnstone in a ceremony on Sept. 6, 2013. After the ceremony, Dr. Johnstone spoke on "Random Matrices in Statistics: Testing in Spiked Models," and celebrated with a reception following his talk.

Iain Johnstone got his PhD in statistics from Cornell University in 1981. He currently holds joint appointments at Stanford University in the Statistics Department and in the School of Medicine in Health, Research and Policy. Dr. Johnstone was the third most cited mathematical scientist in the 1990s. His work in mathematical statistics, particularly wavelet shrinkage and random matrix theory, have had a big impact on the field of statistics. He is a recipient of the COPSS Award, which is the highest honor for a statistician under 40 and he was inducted into both the American Academy of Arts and Sciences and the National Academy of Sciences.

Here's a brief bio that mentions some of the other awards and honors he has earned. To find out more about Dr. Johnstone, please also see this interview with him on livescience.com.

The Department of Statistical Science Distinguished Alumni Award in its 5th year.