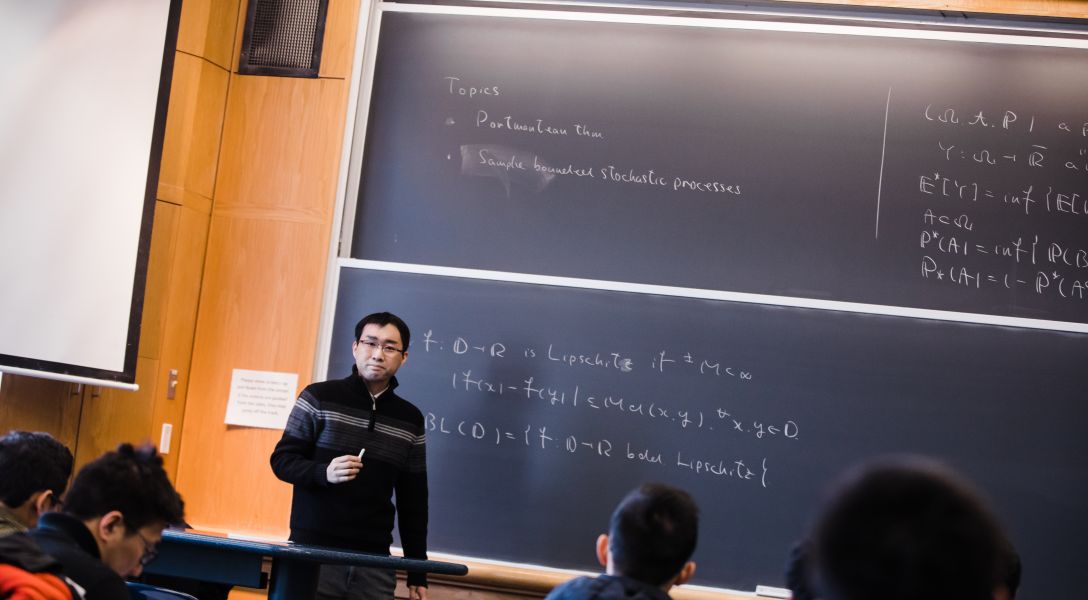 Kengo Kato, an associate professor in Cornell's Department of Statistics and Data Science, has been named one of six recipients of the annual Japan Academy Medal, regarded as the most prestigious award for young Japanese researchers.

Chosen among 451 nominees from all fields of sciences and humanities, Kato was recognized for his research on statistical theories for analyzing big data and high-dimensional data.

Founded in 1879, The Japan Academy – based in Tokyo – honors leading Japanese scholars with distinguished records of scientific achievements. Awardees for the medal are selected from among the annual recipients of the Japan Society for the Promotion of Science (JSPS) Prize, which honors outstanding Japanese researchers under the age of 45. Kato was recognized for both awards at a ceremony last month at the Japan Academy in Ueno Park, Tokyo.

Kato said he’s fortunate and grateful to have worked with wonderful mentors, collaborators, and students around the world.

“I understand that the prizes are intended to be an encouragement for young researchers for further achievement, and I feel some responsibility,” said Kato, who joined the Statistics and Data Science faculty in 2018. “Fortunately, Cornell is an exciting place to do research in statistics, and I am extremely lucky to have great colleagues and students at Cornell.”

His current research lies at the intersection of statistics, econometrics, and probability theory, and more specifically, quantile regression, high dimensional distribution approximations and their applications.