The Human Side of Big Data: 20 Years (and Counting) for Cornell's Survey Research Institute 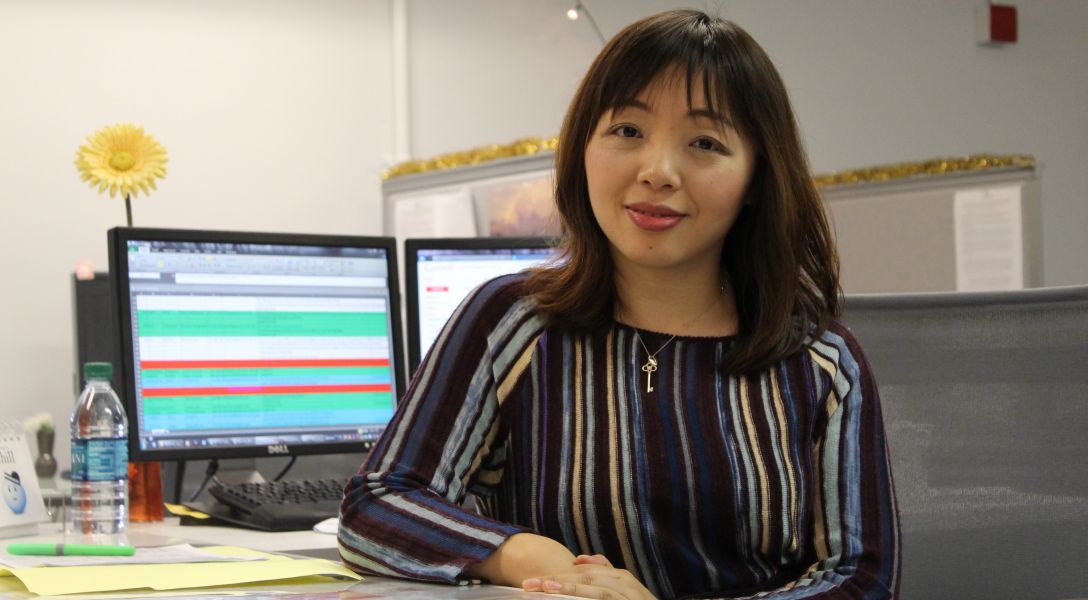 On the edges of the Cornell campus, in a non-descript brick building, a team of researchers and programmers are in relentless pursuit of reliable data, one survey and one simple phone call at a time.

“We live in a world full of data, and there’s knowledge to be discovered in data, but how reliable was the data collection?” said Martin Wells, newly appointed SRI Faculty Director and Cornell statistics professor in the School of Industrial and Labor Relations (ILR) and Computing and Information Science (CIS). “The goal at SRI is to do high-quality, state-of-the-art research.”

Lost in the catch-all terminology of the word “research” is some very real, person-to-person work involving focus groups, phone calls, and mail and web surveys, oftentimes involving thousands of participants and spanning several years. Governments, academic institutions, medical schools, non-profits, and private-sectors companies typically lack the time and resources to carry out independent surveys on their own, and that’s where Cornell University’s own central survey service steps in.

For 20 years now, SRI has done the heavy lifting on more than 1,700 research projects, leading countless major state and national studies on subjects as varied as risk behavior among NYC youth and the prevalence of elder abuse in New York State, to the effects of retirement on drinking behavior and New Yorkers’ feelings on body cameras for police officers. Just recently, the Office of the United Nations High Commissioner for Refugees charged SRI with analyzing refugee data in Jordan.

“We really help people complete complicated data projects,” SRI Director Sherry Xian said. “Very few can do what we do.”

SRI started in 1996 with three computerized calling stations and an idea. Inside of three years, SRI had grown to include six full-time and 60 part-time staffers and 22 calling stations, or CATIs. Today, SRI leads roughly 100 surveys per year, of which about 70 percent are for Cornell-related research projects, Xian said. The other 30 percent of projects are strictly external clients, including other universities like Penn and Washington, which tabbed SRI to lead their faculty surveys, she said.

Three permanent computer programmers have been added over the years to transition SRI’s complex survey structure to an increasingly more computer-intensive and design-oriented platform. The more user-friendly and seamless surveys are, the better the results, she said.

“We design sophisticated scanning, phone and/or web applications and implement everything based on the research goal and target group,” SRI web manager Yasir Parvez said. “We’re experts in design service, and we really check data carefully so it’s clean and of high quality.”

“Our response rate is higher – about 10 to 30 percent higher than a market survey company,” he said.

SRI’s meticulous quest for good data is reflected in the depth and scope of some of its current projects. They are in-progress on a survey of 2,500 college graduate students from four different universities, including Cornell with Samuel Bacharach, the McKelvey-Grant Professor and Director of the Smithers Institute. The study, which involves periodic surveys of college graduates over five years, explores the effect drinking has on gaining employment.

“This is impossible for an individual researcher to conduct such a complex data collection on their own,” Wells said. “It’s just too intricate.”

And at 90 percent, the annual retention rate is unusually high, a testament, Xian said, to SRI’s multi-modal approach.

“Survey research remains an important component of social science,” he said. “Cornell has long been part of this tradition. For the last two decades, my research group at the Smithers Institute have had millions of dollars in research funding (mostly NIH), much of which was made possible because of our collaboration with SRI.  In executing our complex, longitudinal studies, SRI has continuously been a partner from the developmental phase of the research proposal to the final phases of data collection. SRI has allowed Cornell to remain part of a social science tradition based on quantitative survey data. Without SRI, it would be close to impossible to sustain the Cornell brand in this niche.”

SRI also takes the lead on two major polls annually, both are omnibus polls and allow researchers an easy way of obtaining state- and national- level public opinion data.  The Cornell National Social Survey offers an opportunity to collect survey data on a national random sample of 1,000 adults in the continental United States. The survey contains a small core of demographic questions, with all remaining questions being generated by Cornell researchers.  The Empire State Poll is the first of its kind: an annual general survey of New York State adult residents conducted each spring.

Looking ahead, SRI’s new leadership has made outreach and collaboration with the Cornell research community a key priority. To help in that effort, Wells was named to the new post of faculty director late last year.

“It’s a new role that offers vision, collection and analysis of big-data and seeking out collaborative projects at Weill, the Tech Campus and elsewhere on campus,” Wells said. “The goal is to extend SRI’s reach at both Ithaca and NYC Cornell and to help researchers become even more excellent.

"In addition to SRI's research mission, it has an education mission," Wells continued. “We have undergraduate and professional master’s
students involved in projects.”

“That’s an important aspect of a university – to make research opportunities and training available for Cornell students, and SRI does that.”

Louis DiPietro is the communications coordinator for Information Science and Statistical Science.