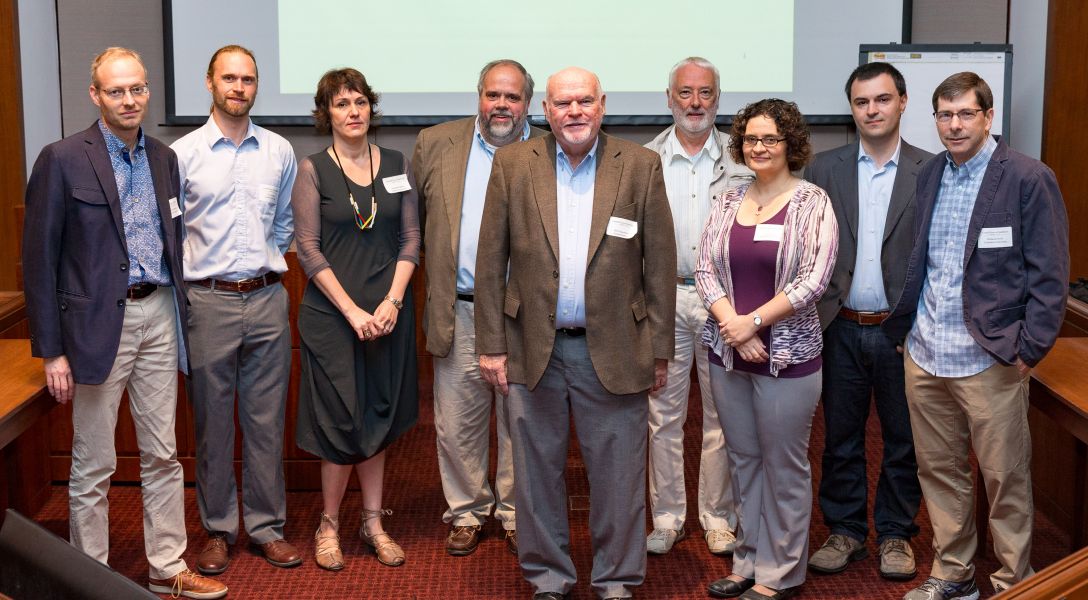 The first-ever Cornell Day of Statistics, held on Friday, September 11, brought together field leaders and students for an all-day conference to showcase new directions and new discoveries in Statistics. The conference slate included presentations from seven of the field's best:

Bill Strawderman of Rutgers – Some Aspects of Shrinkage Estimation

Dominique Fourdrinier of Rouen, France – Estimation of the Inverse Scatter Matrix of an e.s. Distribution

Strawderman ('65) – who opened the event with his talk on shrinkage estimation – received the Cornell Distinguished Alumni Award for his leadership and profound contributions to the statistics profession over the last nearly 50 years. During the award presentation, Wells cited Strawderman's groundbreaking findings in statistical decision theory, Bayesian analysis and statistical applications.

"Bill's many colleagues, collaborators and friends have been privileged to interact with him," said Wells, a longtime friend and colleague. "We have learned very much and benefitted from his great imagination, sharp intuition, extensive knowledge, clear exposition, and constant generosity."

Couldn't make it? See the accompanying gallery for photos from the event.