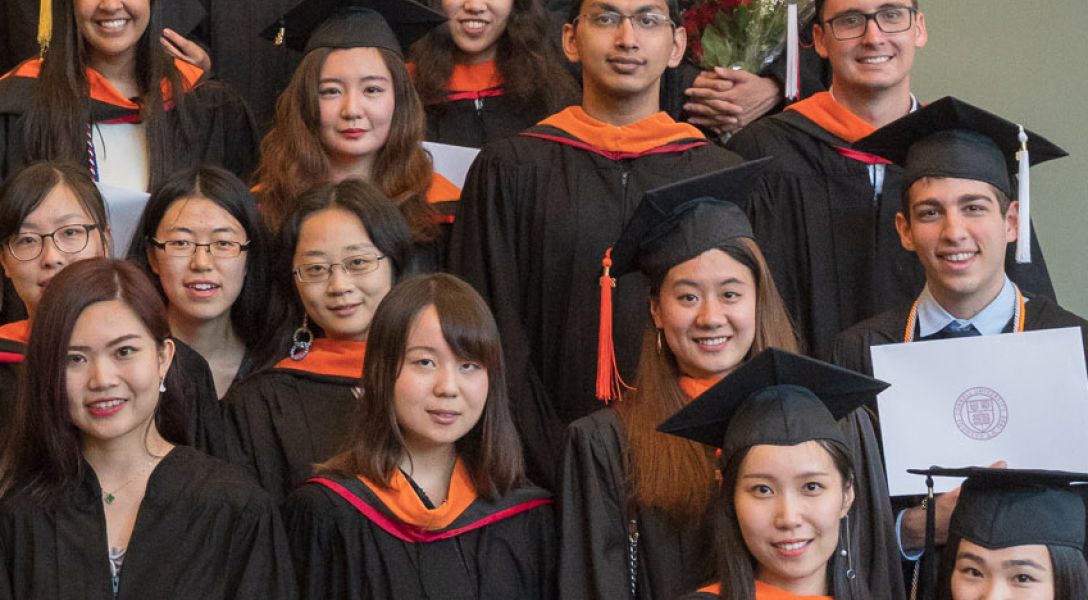 For years now, the title of data scientist has enjoyed a comfortable position atop annual lists of most in-demand jobs. Indeed, it is a good time to be a statistician, as more and more companies, agencies and non-profits turn to professionals who can glean insight from the relentless cascade of data.

Increasingly, those professionals have come from Cornell’s Master of Professional Studies (MPS) program in Applied Statistics.

Continuing its year-to-year success in preparing students for careers in the data industry, the one-year MPS program again saw a high employment percentage among its most recent graduates. Within six months of graduating, 91 percent of the roughly 50 graduates last year – including December 2017 and May 2018 graduates – reported being employed as data engineers, scientists, and quantitative modelers at companies including Adobe, Amazon Robotics, Deloitte, IBM, Morgan Stanley, and Yelp. They reported an average annual salary of nearly $83,000.

This marks the second consecutive year of at least a 90-percent employment rate among MPS graduates. 2018 graduates fared slightly better than the program’s five-year average for job placement and salary among its students: since 2014, roughly 86 percent of all Cornell Stats MPS graduates secured jobs within six months of graduation, at an average annual salary of nearly $80,000.

“It is of prime importance that graduates of our program be able to secure good jobs,” said John Bunge, professor of statistics and director of the MPS program. “The success of our recent MPS graduates shows we’re equipping our students with the analytical and computational skills that employers need.”

Notable findings from the most recent post-graduate report:

Cynthia Todd, who serves as career advisor for Statistics MPS students and helps organize the annual survey, said she’s continually impressed by students’ professional growth as they dive deeper into the curriculum.

“I like to watch how the students’ résumés change from one semester to the next as their technical and statistical skills and abilities expand. They are well prepared to take on the challenges of working in high-profile positions,” she said. Todd added she’s particularly pleased most MPS graduates who obtained jobs were able to also find employment with companies that will petition for H1B visas on the student’s behalf.

“We follow the principle of continuous improvement,” Bunge said. “Future MPS graduates will encounter challenges in new industries that will transform society, such as space exploration and asteroid mining, genetic engineering via CRISPR, climate change remediation, and quantum computing, just to name a few. We design our program for maximum flexibility and adaptability to the future landscape.”

Louis DiPietro is the communications coordinator for the Department of Statistics and Data Science.