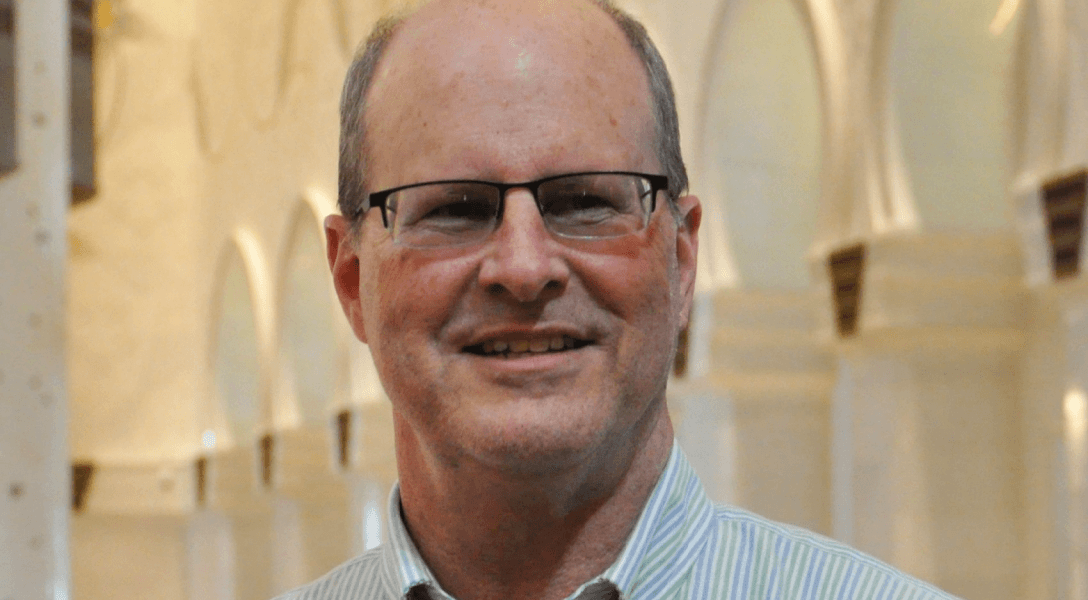 In the medical field especially, statistical models paired with high-powered computation stand  to revolutionize healthcare. We may not be far from a future when algorithms can predict – with more accuracy than an actual doctor – whether or not we are at risk of a heart attack or a particular kind of cancer.

“Computing has fundamentally changed what we can do as statisticians,” Dr. Charles McCulloch (PhD ’80) said. “It has increased our reach and has driven what we can even dream possible.”

For nearly 40 years now, McCulloch – former Cornell statistics professor and first chair of Cornell’s Department of Statistical Science – has witnessed this transformation in the field, from his days as a statistics PhD candidate at Cornell in the late 70s to today, where he is recognized as a leading expert in biostatistics. Currently a professor and head of the Division of Biostatistics at the University of California-San Francisco, McCulloch applies longitudinal data analysis to health and medicine, furthering our understanding of strokes, cognitive decline, prostate cancer, and numerous other conditions. That potential of applying state-of-the-art statistical modeling to medical problems is what drives McCulloch. He’s crunched data sets to better understand how prescription opiates impact seniors struggling with pain, collaborated extensively on kidney disease research, even explored whether or not a soda tax limits consumption (it does, according to McCulloch’s research). He’s also co-authored four textbooks and over 375 peer-reviewed scientific publications.

During the annual Cornell Day of Statistics, held September 8, 2017, the noted researcher and professor was honored with the Distinguished Alumni Award.

“It’s just an incredible honor,” McCulloch said of his award nomination. “When I got the call, I was thinking about all the great statisticians that have come out of Cornell. It’s been an incredible place for statistics for a long time.”

McCulloch’s journey to becoming a leading statistician began early. In his teenage years in Washington D.C., McCulloch spent summers accompanying his father to work at NASA, where the elder McCulloch was an engineer and rocket scientist. It was here McCulloch was introduced to computation’s early iterations, in the form of hulking calculation machines and, eventually, nascent desktop PCs, all of which he cites as having stirred his fascination with mathematics. He received his bachelor’s and master’s degrees from Johns Hopkins University before earning his PhD at Cornell.

At an internship with the Environmental Protection Agency following his undergraduate studies, McCulloch saw firsthand how data and mathematics could be used to affect positive change. His study of emissions data from a sample of 10 Chrysler vehicles showed that the pollution control declined sharply once the car was driven regularly. The study prompted the recall of 300,000 vehicles.

“I’ve enjoyed the interplay of doing math but impacting real life,” he said. “That’s why I enjoy working in a medical school, because I can make an immediate impact. I turn medical problems into math problems, and then I do mathematics and see what it tells me about biology.”

Computational advancement has made those problems easier to manage, and McCulloch has had the unique vantage point to witness the symbiotic growth of technology and statistics. He’s seen the relatively quick transition from Hewlett-Packard desktop calculators and IBM desktops with laughably puny hard-drive capacity to supercomputers, personal computers and now smartphones.

This computer-powered thrust has revolutionized not just the field of statistics but society as a whole, where “Big Data” – a ubiquitous term in its own right – now underlies much of the machine-learning algorithms that increasingly penetrate our everyday lives. No surprise then that statisticians and data scientists are considered some of the most in-demand jobs today, as professionals across industries try to make sense of the data torrent.

The medical field stands to benefit greatly from this data glut. To illustrate this point, McCulloch references his study of opiate prescriptions among patients with kidney disease. His team found that older dialysis patients who were prescribed opiates were 50 percent more likely to fall and break a bone, even die, compared to senior patients who hadn’t been prescribed the drugs. The study involved 150,000 people, with information made available through a large database of dialysis patients. This data simply didn’t exist in a single place 20 years ago, he said.

“When carrying out studies, you have to compare it to previous research. The only other similar study had 300 people in it; ours had 150,000,” he said. “That’s all because of computing.”

During this September’s Day of Statistics, McCulloch will present “small thoughts on BIG DATA” following the Distinguished Alumni Award ceremony. When asked of his fondest Cornell memories, he cites former Cornell colleagues like Bruce Turnbull – last year’s Distinguished Alumni Award recipient – and the late Shayle Searle and George Casella, as the core of “arguably the best non-medical biostats group in the world.”

“They were powerhouse researchers,” he said.

Martin Wells, chair and professor of Cornell's Department of Statistical Science, said McCulloch’s academic and intellectual leadership in biostatistics spans a variety of disciplines and wide breadth of topics.

“Chuck has helped push biostatistics into new and exciting realms, and has earned a reputation as an internationally recognized expert in the development and use of statistical methods in mixed models and for longitudinal data analysis,” Wells said. “His work and leadership exemplifies what the Cornell Distinguished Alumni Award is all about.”

Louis DiPietro is the communications coordinator for the Department of Statistical Science.