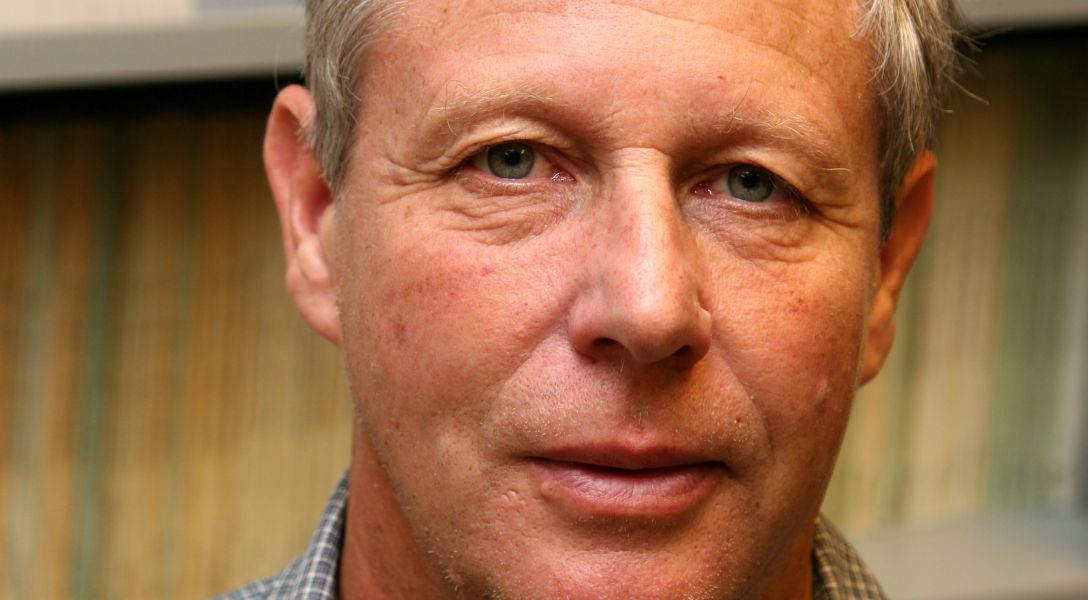 Without sound data and the error-proof means in which we gather that data, we are no closer to uncovering the knowledge that will help scrub our world of chronic diseases like cancer, heart disease and AIDS.

For more than four decades now, Bruce Turnbull’s expertise in the field of statistics has helped usher in discoveries in health and medicine, and raised awareness of environmental concerns by ensuring the integrity of the systems we use to run experiments, especially clinical trials.

During Cornell’s Day of Statistics on Friday, September 9, 2016, the longtime Cornell professor in Operations Research and Information Engineering (ORIE), Statistics field faculty member and Professor Emeritus received the Distinguished Alumni Award in recognition of both his career in statistical science and his leadership in helping form what is now Cornell’s Department of Statistical Science.

“I’m extremely proud to receive this award,” Turnbull said, “especially because it comes from many friends and colleagues across the Cornell campus.”

A native of England, Turnbull had enrolled in Trinity College, Cambridge University, in the early 1960s, turning from an initial interest in history to mathematics. He found his way to Cornell University thanks to the late Industrial Engineering Professor and leading statistical theorist Bob Bechhofer, who persuaded Turnbull to not only pursue a master’s degree in operations research but a PhD as well. In Ithaca, required coursework brought Turnbull into the classrooms of some of Cornell’s most renowned mathematical minds, including Jacob Wolfowitz and Jack Kiefer, who sparked his interest in probability and statistics.

“Wolfowitz had a very playful sense of humor,” he recalled, “but he didn’t give us good notes. Some hated that, but he had incredible intuition. I really appreciated learning about his thought process. Instead of giving a proof, he would teach us how to go about creating the proof.” Turnbull added that Kiefer “was also a remarkable teacher but took an opposite tack –he came prepared with detailed mimeographed notes, which he passed out at the beginning of each class.”

In the ensuing years, Turnbull’s work would steer increasingly toward health and medicine. As an assistant professor at Stanford, he was part of a research team racing to carry out the first successful human-to-human heart transplant (Dr. Christiaan Barnard of South Africa would ultimately claim that distinction). “That impressed on me the importance of working on big projects with big impact,” he said.

In 1984, by then a Cornell professor in the School of ORIE and the Statistics Center, he began work with a research group led by the late Dr. Larry Clark, of the Biometrics Unit, that attained funding from the American Cancer Society and the National Cancer Institute for an extensive clinical trial to determine whether or not the mineral selenium helped reduce the risk of various cancers. Over the next 16 years, the research group would publish results in several papers, and in subsequent journals, including the landmark 1996 paper – “Effects of Selenium Supplementation for Cancer Prevention in Patients with Carcinoma of the Skin” – published in the Journal of the American Medical Association and featured by CBS News and USA Today. Ultimately, the research team concluded that selenium treatments did not protect against skin cancer, but their discoveries spurred further research involving selenium as a preventative measure against cancer.

“It was an important trial because it proved nutrition can be a factor in cancer prevention,” he said.

All told, Turnbull helped author more than 130 research papers and co-authored with Chris Jennison the book, Group Sequential Methods with Applications to Clinical Trials, which by now has become a standard resource.

“Whenever I do any consulting – whether here at Cornell or in industry – it’s always important to insist on seeing how the experiment is being run, how data is collected,” he said. “Whether that’s standing with an opinion taker on the street, on the factory floor, in a lab or hospital, to simply be there.  This is because there could be misunderstandings or biases, and you don’t want to find out too late that something went wrong and inferences are less meaningful.”

Turnbull’s contributions don’t end with research endeavors. He was part of a small group of Cornell visionary stakeholders who oversaw the reorganization of statistics at Cornell. For decades, the Statistics Center – as it was then known – existed as the campus organizing structure: it had no core faculty and was comprised of faculty from four Cornell colleges. In 2001, at the request of Cornell administration, Turnbull and his colleagues on the reorganizational group worked to establish the Department of Statistical Sciences (DSS) as a centralized administrative unit. In 2005, DSS became a department within Cornell Computing and Information Science.

“Bruce is an active researcher that has made fundamental contributions to the survival analysis and clinical trials literatures and has directed many of excellent theses,” said Statistics Professor and colleague Marty Wells. “Bruce was an effective early chair of DSS. Under his leadership, DSS took significant strides forward in unifying statistics across campus. He was also instrumental in establishing and developing the [Master of Professional Studies in Applied Statistics] program.”

Today, Turnbull is an Emeritus Professor within ORIE and DSS and continues consulting for the National Institutes of Health, the Veterans Administration and various pharmaceutical companies. He continues to write research publications and is also planning a second edition of his book.

Reflecting on his proudest accomplishments, Turnbull cites his work in helping form the Department of Statistical Science, his time in the mathematics and statistics research department at the Oak Ridge National Laboratory, and contributing to research that better informed what we know about environmental hazards. However, most of all, he expressed his appreciation of the extraordinary faculty colleagues and graduate students with whom he has had the privilege to work during his almost 40 years on the Cornell faculty.