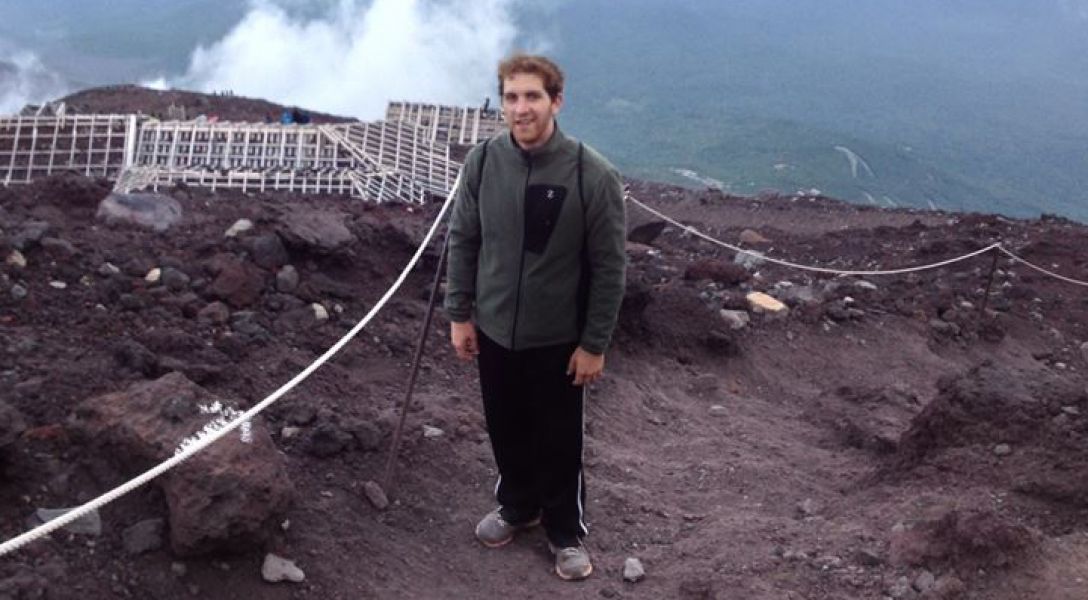 Why did you choose Cornell?

It was the best school I got into, and I liked some of the interdisciplinary work being done here.

About the Statistics Major

Why did you major in Statistics? What attracted you to the field?

There’s a story by Jorge Luis Borges where a man named Funes becomes able to remember every detail of every moment he’d ever experienced. Borges, however, suspects that this man is not capable of true thought since “to think is to forget a difference, to generalize, to abstract. In the overly replete world of Funes, there were nothing but details." I studied statistics because I wanted to learn a discipline that can systematically help me achieve this kind of thought. In a world where there’s so much information and so many possible explanations, stripping concepts to their core is a very powerful tool.

I started studying Statistics as an aid to help me understand two very different topics. As a freshman I was planning to major in Economics, but saw my classes had too many assumptions about how people acted. I thought that pairing data with theory would lead to more accurate models of decision-making. At the time I was also starting to get really fascinated by advanced basketball statistics and how certain players were contributing in ways that couldn’t be easily seen, hoping to figure out why The Knicks had been terrible for so many years. I’ve since used statistics to look into any system I start to wonder about, which keeps me from getting bored.

What did you want to know about Cornell before you came here? What about the Statistics department specifically drew you to Cornell?

I really like the required external specialization. If done right, students learn about a different topic and see how the scientific method actually works in practice. Too often, examples in classes use pristine datasets, while outside projects allow you to see how messy situations can become in the real world. This has helped me understand how the theories we learn were developed from problems encountered by researchers, and has also helped me on projects for clubs and internships.

Did you work on any research projects during your undergrad? If so, tell which faculty member you are working with and describe the project and your contribution.

I worked with Professor Christopher Anderson of the Government Department to study soccer statistics. I tried to determine how players were compensated in Major League Soccer. My research suggested forwards are overvalued while defensemen were underpaid relative to their contributions. The upshot is that managers should try to improve their teams by paying a little more for a much better defenseman instead of a lot more for a marginally better forward. I also looked at possible explanations for goal scoring rate disparities between European soccer leagues.

Is there any particular faculty member in Statistics who has influenced your educational experience so far?

A couple of professors have been especially helpful. Professor David Matteson’s time series class taught me how to build a robust, parsimonious model, and how certain things that are usually seen as a negative or ignored in assumptions (e.g. non-independent errors) can actually yield extra information and better predictions. He also advised me through some thorny issues on a project for a Ph.D. student where I used ordered logistic regression to analyze how interruptions during e-learning modules could hinder learning outcomes.

Professor Jacob Bien’s theory of statistics class showed how the field builds up theory and how to avoid falling prey to common mistakes in analysis. He also exposed me to more modern techniques like LASSO and LARS. While I don’t yet understand these on a deep level, I’m intrigued to see where the field is going, particularly in response to the onslaught of data being collected.

What other activities were you involved in around campus or around Ithaca?

I was a Project Manager and the Marketing Officer for the Cornell Venture Capital Club where I led teams working for VCs and their portfolio companies on projects concerning the future of social TV, the private student loan market, and researching medical device manufacturers. I was also an analyst for the Cornell Consulting Club where I made data management tool recommendations to a company pursuing a new venture in precision agriculture.

What was your greatest moment or accomplishment so far at Cornell?

One day when I visited first dam, I rescued an injured baby deer that and brought it to the vet school hospital. I’ve never felt closer to nature than while carrying that white tailed fawn.

The town has a really relaxed vibe with lots of students mixed in with some very laid-back natives. Places like the Commons and the Farmer’s Market, as well as annual events like Applefest, Chilifest, Porchfest, and Skate Jam bring the 2 factions together to form the kind of atmosphere you only get in a tight knit community. Ithaca’s also given me a gratitude for nature because there are a lot of times where something compels me to stop and look around in awe. I’ve spent a bunch of days exploring the trails, gorges and plantations to find other beautiful areas.

What would you recommend about this program to students who are thinking about majoring in Statistics?

Don’t worry about one or two tough or boring classes, there’s enough variety in the coursework that you can learn what you want. By learning statistics you’ll acquire a mindset and skillset that can be used for just about any topic. Talk to your professors to learn about what they’re working on and how you can pursue your own interests. Talk to your classmates, as mine have helped me through countless problems. Talk to Bea at the department office, she pulls everybody together.

Did you do any Statistics-related internships or projects with companies?

I interned for The Nielsen Company a couple of summers ago working to boost clients’ sales by optimizing marketing based on enormous amounts of data. I also looked at how internet buzz (tweets, facebook likes, youtube views, google searches) impacted sales volume. Last summer I interned for First Manhattan Consulting Group and measured the effectiveness of ad campaigns versus a control group.

Why did you do an MPS in Statistics?

I wanted to continue my studies, and I only took an extra semester and summer and winter classes to get a masters degree, which seemed like a great use of my time (note: this isn't normal and actually took a ton of dealing with bureaucracy). I also got to stay on campus for the second half of my senior year and spend more time with my friends and stay at Cornell.

What was your MPS research project?

I worked with a PhD student on research she was conducting about the effects of interruptions on e-learning. I ran a few ordered logistic regressions, interpreted the results and pointed out further sources of interest. It was a fun and challenging experience  trying to structure an analysis that would give us meaningful results. I also really appreciated having to explain the methods and results of the data analysis to someone who didn't study statistics, as this will help for real world situations when we need to explain the impact of our work to people who haven't even seen the numbers. This is an important skill to learn for anyone in a technical field who wants to have normal conversations about their interests. Professor David Matteson guided me through these and many more issues and provided support throughout the project.

What do you think incoming MPS students should know before they come?

The year goes by very quickly, get involved with your interests early on to maximize everything you can gain from the year.  Some of the required classes are useful but boring. There are enough classes to get a breadth of exposure to all kinds of statistical analysis or a depth of knowledge about any specific subfield, but you should try to come in knowing which classes and professors most interest you so you can really leverage your year. Also realize that some classes are really hard, but they're hard for everybody.What would you recommend about this program to potential MPS students?

The career development unit was really helpful as you can get a lot of personalized attention and a ton of job postings specific to your skillset and interests.