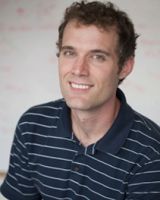 Peter Frazier received a B.S. in Physics and Engineering/Applied Science from the California Institute of Technology in 2000, after which he spent several years in industry as a software engineer, working for two different start-up companies and for the Teradata division of NCR. In 2005, he entered graduate school in the Department of Operations Research & Financial Engineering at Princeton University, and received an M.A. in 2007 and a Ph.D. in 2009. He joined the faculty at Cornell in 2009 as an Assistant Professor in the School of Operations Research & Information Engineering. His research is in sequential decision-making under uncertainty and optimal methods for collecting information, focusing on applications in simulation and health care. He is the recipient of a CAREER Award from the National Science Foundation and a Young Investigator Award from the Air Force Office of Scientific Research.