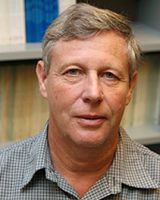 From 2000--2002, he was founding Chairman of the newly formed Department of Statistical Science and currently also holds a professorial appointment there. In 1979 he was awarded the Snedecor Memorial Award by the American Statistical Association in recognition of his research.

He has authored over 130 publications and is the co-author of a book on statistical procedures for monitoring clinical trials. He has been a consultant to many organizations, including the Oak Ridge National Laboratory, Institute for Energy Analysis; and various pharmaceutical companies. Turnbull has served on the Board of Directors of the National Institute of Statistical Sciences, and on the Expert Review Panel for the National Toxicology Program Board of Scientific Counselors. He is on the Data and Safety Monitoring Committees for several major national and international clinical trials in the areas of cancer, heart disease, pulmonary disease and of AIDS sponsored by the National Institutes of Health and by the Veterans Administration. He has served on the editorial board of a number of statistical journals and is currently editor of the Chapman and Hall book series on biostatistics. He is a Fellow of the American Statistical Association and of the Royal Statistical Society.

Professor Turnbull also has emeritus status in the School of Operations Research and Information Engineering in Cornell's College of Engineering.