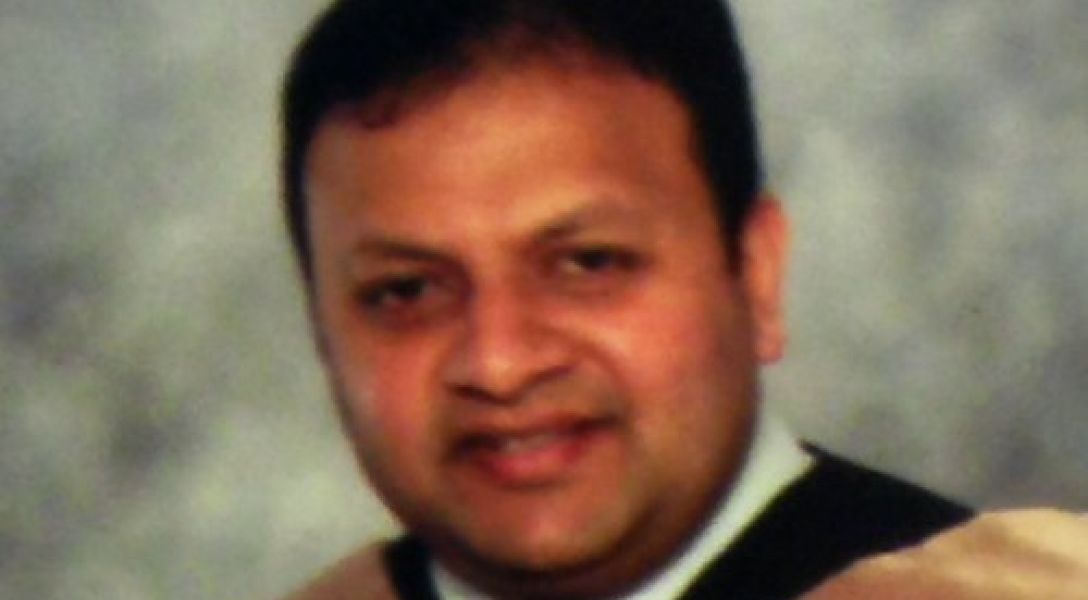 Since graduating from Cornell University’s master of professional studies program in applied statistics in 2004, Mehta has been a force in the tech industry. He spent a decade at Apple, then Microsoft, and today, he’s director of data science at Amazon. He earned three more master’s degrees – including an MBA from Cornell and a master’s in computer science at Georgia Tech, and launched a non-profit education startup that has trained upwards of 4,000 students in all things data science. A Ph.D. in cybersecurity might be in his near future, too.

“I learned at Cornell how to always be on the competitive edge and pushing the boundaries,” he said. “That’s the Big Red spirit.”

He may have honed his competitive edge in Ithaca, NY, but Mehta’s ambition was always there. Pre-Cornell, while working as an industrial engineer, Mehta would pore over the Cornell course catalog, identifying classes in data mining and theoretical statistics that he intended to take once he’d saved enough to apply to the MPS program. His motivation for applying came simply from a desire to know more, to build on his knowledge base, he said.

Once accepted, Mehta aimed high. He packed his MPS course schedule and soaked up as much as he could, dabbling in statistical consulting, statistical programming, business, chemistry, ecology, and even design.

With an MPS degree in-hand, Mehta began climbing the industry ranks, from an industrial statistician at Ford Motor Company to a statistician at a Boston-area startup. Next came a move to the West Coast, where Mehta was named senior yield engineer and statistician at Qualcomm, where he spent three years.

Then, around 2010, Apple called. For nearly ten years, Mehta helped Apple with warranty forecasting and predictive analytics for the company’s operating systems, iOS and MacOS, worked on iPhone diagnostic systems, and led battery development for iOS and MacOS. He served as Apple’s data science manager until 2020, when he was named principal data science manager at Microsoft. This year, he joined Amazon as director of data science, managing a team of 32 data scientists, applied scientists, and data engineers in the Customer Experience and Trust AI/ML team.

Outside of his work with Microsoft, Mehta is the founder of Erudition, a startup non-profit he launched in 2014 that offers instructional bootcamps on big data, blockchain, predictive analytics, cybersecurity, and more.

Mehta offered this advice to new and prospective students in the MPS in applied statistics program: keep open minds and remain flexible with career vision.

“Don’t limit yourself. Don’t think, ‘I want to go to Google or Amazon and do this kind of work.’ Get to a point where you can plug your skills into any industry,” he said. “Don’t have a myopic view of statistics. Keep your horizons open.”

Louis DiPietro is a writer for the Cornell Ann S. Bowers College of Computing and Information Science.